While the turn of the year is a time when resolutions are made and healthy lifestyle changes are planned, this is actually the time when these plans “spring” into action. If you’re ready to ward those winter habits away — especially when it comes to eating — try these latest gadgets designed to make cooking easier and healthier.

Part pressure cooker, part slow cooker, part rice cooker and part yogurt maker (among many other things), the Instant Pot has become the darling of the kitchen appliance world. In an article in The New York Times, Lorna Sass says the promise of a fast, fresh homemade meal is a pressure cooker’s greatest appeal. She should know. As the author of four cookbooks on pressure cooking, Sass says, “It doesn’t matter if you’re paleo or vegan or just trying to eat better, pressure cooking is the answer for healthy fast food.”

The Instant Pot — and the latest generation of electric pressure cookers — include sensors that monitor the unit’s temperature and amount of pressure. It slow cooks, steams, sautés, browns, warms … it even cooks rice.

And when it comes to cooking healthy, the benefits are plentiful. It helps retain vitamins and nutrients in foods, it preserves food’s appearance and taste, and it eliminates harmful microorganisms.

The next best thing since Instant Pots and sliced bread, the air fryer is next in line to the healthy cooking gadget throne. Imagine crispy fried chicken and crunchy fries without being deep-fried in oil — it’s a fried food lover’s dream come true!

Contrary to the name, air fryers don’t fry food. Rather, hot air circulates around the food to cook it and give it a crispy taste and golden brown color. While air fryers do require using oil, the amounts are considerably less, often just a tablespoon to achieve a similar taste and texture to deep-fried foods. And by most measures, air frying is healthier than frying in oil — it cuts calories by 70 to 80% and has a lot less fat.

In addition, air frying may also cut down on other harmful effects of oil frying. Recent studies have shown air frying lowers the amount of acrylamide — a chemical produced when you fry starchy foods — in fried potatoes by 90%.

Go for a spin

From faux fur to faux foods, we’re all in when it comes to putting a new spin on things … literally. Designed to turn fresh vegetables into “noodles” is the spiralizer, the latest gadget taking kitchens by storm. Simply place your vegetable (such as zucchini or squash) in the gadget, crank the handle and watch as mounds of noodles instantly appear. Top it with your favorite sauce and you’ve got a healthier version of your favorite pasta dish.

Spiralizing allows you to add more vegetables to your diet, without sacrificing flavor. Spiralized fruits and vegetables are also helpful for those who are vegan, vegetarian, follow a Paleo lifestyle, or have sensitivities to gluten. 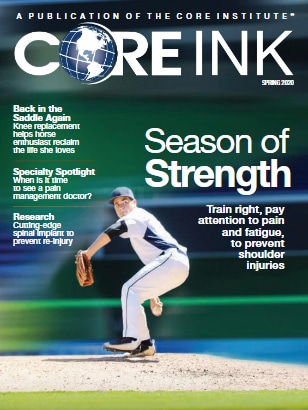