Balance issues, clumsy hands could be a bad sign — Cervical Laminoplasty stops myelopathy in its tracks

While one may think tingling hands or balance issues may be a sign of age, they could indicate something more.

According to Joseph Maslak, MD, a Fellowship Trained Orthopedic Spine Surgeon with The CORE Institute, these symptoms could be an indication of myelopathy. This is a condition which most commonly results from spinal cord compression or cervical stenosis and can look very different from other spine and nerve problems.

“Most conditions of the spine involve pain, but with myelopathy, the symptoms are often vague and painless,” Dr. Maslak said. “Patients come into clinic with balance difficulties, and sometimes even reports of falls. They have tingling in their hands and difficulty with fine motor control, and often find themselves dropping things and having a hard time with things such as buttons and eating utensils.”

Diagnosis is the problem

The symptoms worsen over time, which is why it is difficult to get an early diagnosis. Dr. Maslak notes that patients are typically referred to him once the patient has an MRI that shows compression, or they’ve been to multiple doctors that can’t quite figure out what’s going on.

“Myelopathy is characterized by a progressive, step-wise decline in function,” he said.

But according to Dr. Maslak, catching the condition early can go a long way toward slowing down its progression.

“Ninety-five percent of people get worse with time, so this is one of the conditions where we discuss surgical options earlier,” he said. “The compression doesn’t resolve without surgery, so as soon as we recognize myelopathy in the patient, we have a conversation about preventing its progression as the symptoms almost universally get worse over time.”

One of the surgical procedures to help treat myelopathy is called a Cervical Laminoplasty, which involves moving the arc of bone that protects the spinal cord and hinging it open to relieve compression. Screws and plates are often used to keep the hinge open while the bone heals.

“This procedure is nice because it makes room for the spinal cord, but we are not fusing any joints, so there isn’t a limitation of the patient’s motion,” Dr. Maslak said.

Recovery from the surgery takes a couple of months. While the goal is to prevent myelopathy from getting worse, Dr. Maslak notes that some studies have shown that patients may demonstrate slow improvements in their existing symptoms over time after surgery.

While cervical laminoplasty often doesn’t cure patients of symptoms completely, it may prevent them from getting worse.

“If myelopathy goes untreated — these people won’t be able to function, won’t be able to take care of themselves,” Dr. Maslak said. “The ultimate outcome of remaining untreated is lack of independent function — patients can become wheelchair-bound.”

Dr. Maslak has been performing the procedure for about three years and new surgeons now learn how to do it during their training.

“It’s an emerging technology in the United States,” he said, “and has shown increasing utility for patients with such spine issues.”

Shutting Off the Pain 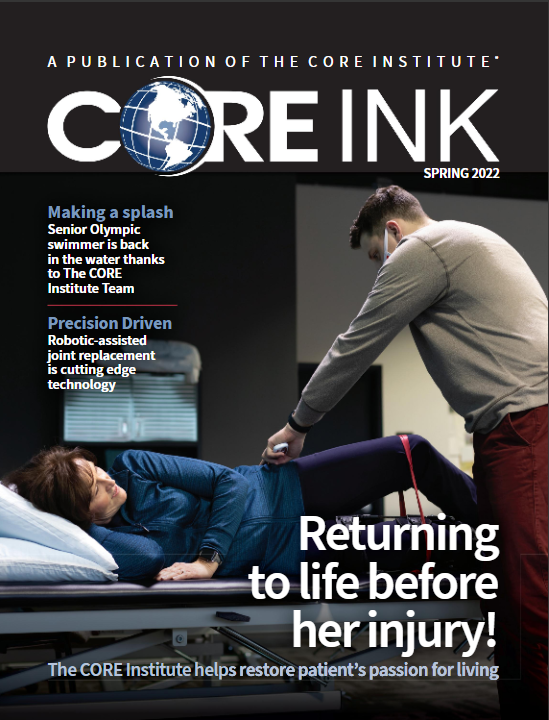